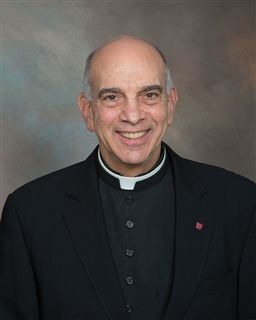 Headmaster
Fr. Frank Ziemkiewicz, O.S.B., is a retired U.S. Army Colonel and former Prior of Benedictine Priory in Savannah. His previous experience includes serving as Dean of Students at Saint Vincent College in Latrobe, Pa. and as pastor of St. Mary’s Parish in St. Mary’s, Pa. His service term at St. Mary’s was interrupted as he had to serve as a chaplain in the U.S. Army during a tour of duty in Afghanistan and Iraq.

He received a commission in the Army’s engineer branch in 1971 and through the ROTC was on active duty in Germany from 1972-74. His military service included having a company command for the 3rd Engineer Battalion while in Fort Stewart, Ga. from 1975-78. The Reverend Colonel’s final assignment was with the U.S. Army Corps of Engineers, Savannah District. While in Savannah, he became acquainted with the Benedictine community and pursued a calling to the priesthood.

Leaving active duty in the military, he went to the Saint Vincent Seminary in Latrobe. Father continued his military career following his ordination as a priest, later attaining the rank of Colonel before retiring in February 2007. He has a B.S. degree in mechanical engineering from the University of Pittsburgh and Master of Divinity degree from Saint Vincent Seminary. 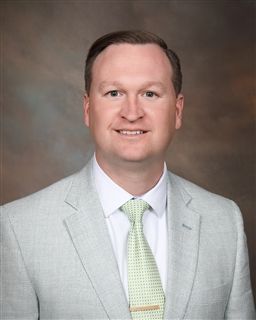 Principal
Benedictine Military School Principal Dr. Jacob Tyler Horne is in his 14th year at Benedictine Military School and his seventh as principal, having previously served as assistant principal. Before becoming an administrator, Horne taught at BC. He also served as Social Science Department Chair, advised Model United Nations and Sabre (yearbook), and coached soccer, wrestling, and track & field.

"Jacob is simply one of the best-ever educators I have ever known in my 40 years in education," said retired BC principal Mr. Dennis Daly. "He is humble, intelligent, hardworking, ethical, loyal and mature well beyond his years. No one out-works Jacob, no one has higher standards than Jacob, and no one is more consistent than Jacob."